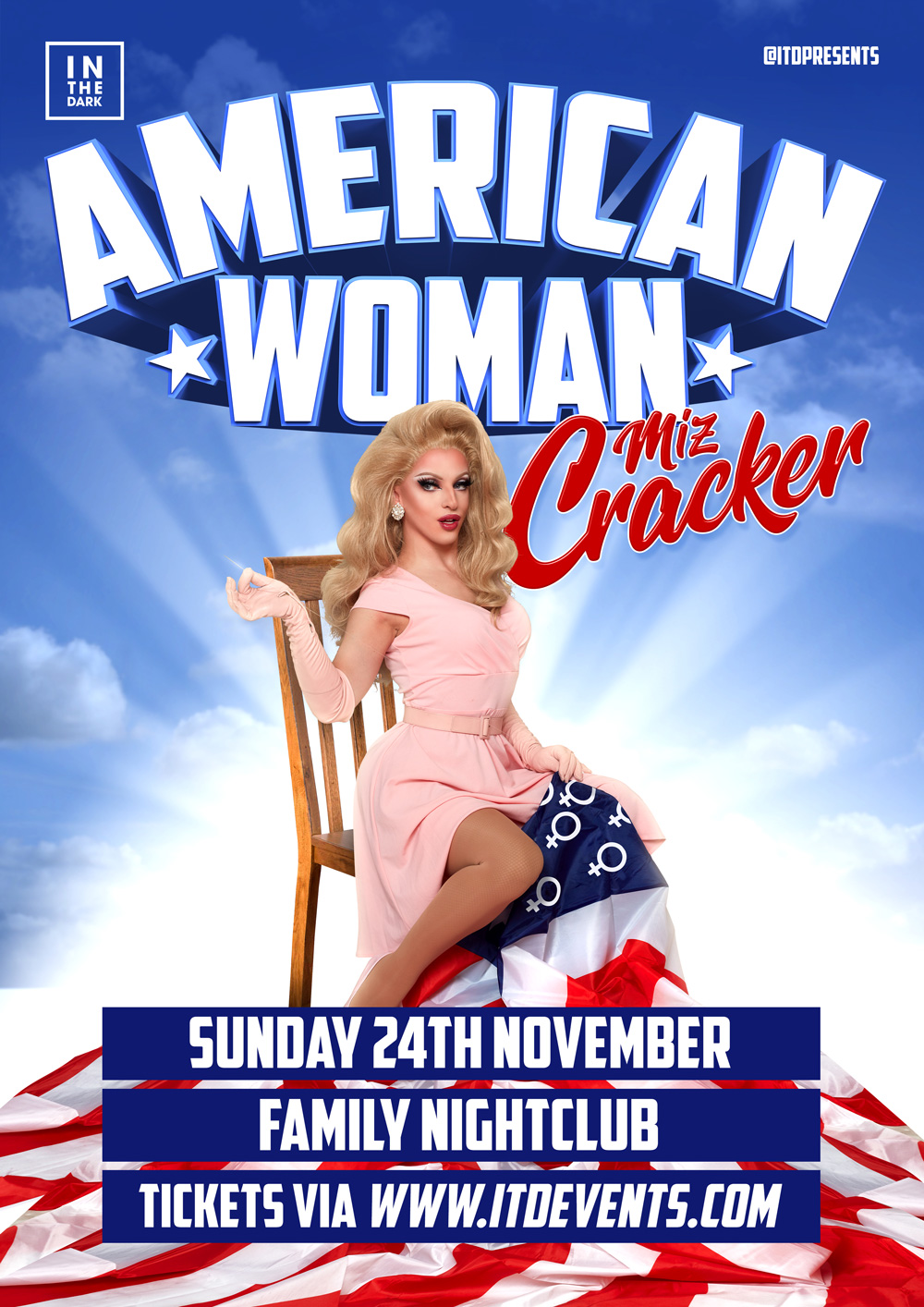 Join us for a 60 minute feature length show with one of the favourites from Season 10.

Tour Details
Suitable for ages 18+
This show is standing only
Filming and photography not permitted.
Warning: Includes coarse language and sexual references

“I’m excited to premiere American Woman because it brings attention to women’s rights at a critical moment. And it feels right to create something that speaks to the people who make up most of my audience – women. In the past year I’ve traveled alot, and I’ve seen how women around the world support drag and queer people. And I want to give something back.” Miz Cracker.

Cracker will use comedy and performance to open a discussion upon the way in which drag queens and gay men can become better allies to women in an age where feminism is more important than ever.